It's Writer Wednesday and we are happy to have
Rosemary McCracken, author of Safe Harbor


here with us today!

Rosemary McCracken is a Canadian journalist who specializes in personal finance services industry. Her mystery novel, Safe Harbor, was shortlisted for Britain’s Debut Dagger award in 2010.


Tell us a bit about yourself:
Do you work another job when you are not writing?:

I’m a freelance journalist based in Toronto, Canada. I’ve been a journalist for 35 years, worked for newspapers across Canada as a news reporter, arts and entertainment writer, and editor. For the past 12 years, I’ve been working freelance, meaning that I’m self-employed and accept assignments from whatever publication offers them to me. For the past several years, I’ve specialized in writing about personal finance – which gave me the idea for Safe Harbor’s central character, Pat Tierney. Pat is a financial advisor.

What is your favorite thing to do when you aren’t writing?:

Kayaking at my summer home in the Haliburton Highlands, which is about 2.5 hours north of Toronto. Unfortunately, Canada’s winters take a big bite out of kayak season so I spend months looking forward to it, but not actually doing it. 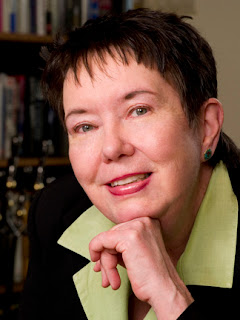 What is your favorite color and why?

I love color in general, probably because of our white Canadian winter landscapes, and I have lots of color in my home. My favorite, however, is green. It’s the color of spring, new growth and hope – and the return of kayak season.

What is your favorite season and why?

Summer, which is far too short in Canada. It’s the time when we northerners can shed our parkas and boots, and many of us here in the central part of our country head to the woods and lake country. Autumn, when the leaves change color, is spectacularly beautiful here, but it’s also a sad season for me because it means winter is on its way.

If you could live anyplace on earth, where would it be and why?

The Haliburton Highlands in the spring, summer and early autumn. And down the road, I’d love to spend winters in a warmer climate. From what I’ve seen of Arizona, I think that would be lovely. Gorgeous rocks.

Tell us about your writing:

How long have your been writing? Was it a dream, a goal or is it just a hobby?

I went into journalism because I wanted to write, and I also knew that I needed a career that would pay the bills. More than 30 years later, I’m still writing and editing newspaper and magazine articles. But about 15 years I began listening to the little voice at the back of my mind telling me that this was not enough. Slowly, I started moving away from just relating facts in my writing to creating worlds of fiction. One day, I may be able to transition completely to fiction writing.

I’d like to devote three or four hours a day, five days a week, to fiction writing – first thing in the morning, when my brain is rested. But, unfortunately, it doesn’t work out that way most of the time and that’s because of my non-fiction writing. I often have a telephone interview for an article in the morning, and then I need to type up my notes. And when I’m in the middle of a newspaper article, I try to finish it to get it out of the way, and then another one lands on my plate. So I tend to do my fiction writing when I’m at the cottage in Haliburton. And I’ll write most of the day when I’m there.

Is there some place special you like to be when you write?

Because of the two different types of writing I do, non-fiction and fiction, I feel a real need to have two different places to write. I do my journalism writing in Toronto. And now that Safe Harbor has been published, I also do my book marketing in the city. I get most of my fiction writing done at the Haliburton Highlands cottage. I spend most of the summer there, and a fair bit of time in the spring and early fall. Even in the winter when there’s tons of snow and temperatures way below freezing, I make a point of spending a few days there every two weeks or so checking on things and writing. It’s another world, far away from the bustle of the city.

I need absolute quiet when I write. No music, no chatter. That’s why I get my best work done at my country home – and when I’m completely alone, not when I have guests or even my husband with me. Fortunately, I have a wonderful husband who doesn’t mind me going off without him. And I don’t mind being alone out in the middle of nowhere. A friend once asked me, “Given all creepy books you read, books about serial killers and stalkers and other nasty people, aren’t you terrified being out there all by yourself?” I’m not. I’m sometimes afraid of having an accident while driving there, but once I arrive I feel completely safe.

Tell us about your book:

What is the name of it and is it part of a series or a stand-alone novel?

Why do you write crime fiction? 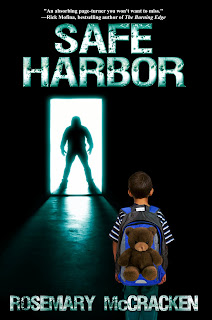 I started writing crime fiction because, as a beginning fiction writer, I liked its emphasis on plot. I believe a novel’s characters have to drive its plot, but I needed the clear plot points of the mystery or suspense genres to help me structure my novel. I began reading a lot of crime fiction, and I got hooked. I also like the sense of resolution at the end of a mystery or suspense novel. Over the course of the book, the protagonist’s world may have been changed, the villain may even have got away, but some kind of order is generally restored, even if it is only temporary.

Where did the idea for Safe Harbor come from?

I wanted to write a mystery and I needed an interesting central character. I considered a journalist, because that’s a line of work I know very well. I quickly trashed that idea because it was too close to home. I needed some distance. And I wanted to explore another world.
As I said above, I’ve written about personal finance in recent years. I’ve interviewed a lot of financial professionals: financial advisors, investment managers, financial analysts. I attend their conferences. I know the issues they face and their concerns. They work in a challenging business. Investment markets have been murder in recent years. The best of these people are committed and caring; they help their clients realize many of their dreams. There are some bad apples in circulation, and there always will be. The financial industry deals with money, and therefore provides opportunity for people who are clever and greedy enough to challenge the system.

The committed, caring professionals want to see tougher penalties for fraudsters; they want to see them gone. These are the people who sparked the character of Pat Tierney. Pat cares about her clients, and she has sleepless nights during down markets. She’s a champion of small investors and doesn’t want to see them get taken.

How long did Safe Harbor take to write?

Safe Harbor took about two years to write, but I’ve been writing novels featuring the character of Pat Tierney for more than seven years. Last Date, the very first Pat Tierney novel, was shortlisted for Crime Writers of Canada’s inaugural Best Unpublished First Crime Novel Award in 2007. That honor generated some interest from agents and publishers, but the publishing market had tightened and nothing happened. I kept on writing. I tweaked the second Pat Tierney novel, Safe Harbor, to stand as the first book in the series, and that manuscript was shortlisted for Britain’s Debut Dagger in 2010. That generated a lot of interest, but nothing substantial until Imajin Books, a small, independent Canadian publisher, took it on last summer. I’m currently finishing the first draft of the sequel to Safe Harbor, which has taken me about two years to write. I figure I’ll need another four or five months to do a rewrite and copy edit.

What is Safe Harbor about?

Safe Harbor opens when a frightened woman barges into financial advisor Pat Tierney’s office with the shocking request: “Look after my boy. He’s your late husband’s son.” The next day, the woman is murdered, and the police say the seven-year-old may be the killer’s next target.

Pat overcomes her bitterness over her husband’s infidelity and rallies to protect the boy. Her search for his mother’s killer uncovers a deadly scheme involving money-laundering and illegal immigrants.

Where can we buy your books? 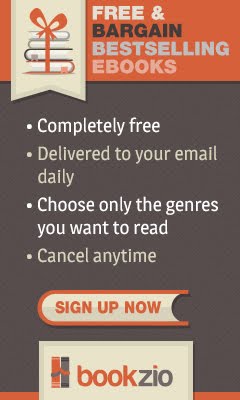